The Changes to the Arizona Medical Marijuana Program being pushed by lawmakers are more impending rather than innovating. Supporters are now questioning the legality of the changes as the program was voted and approved by Arizona voters and is protected by the Voter Protection Act because of Proposition 203. 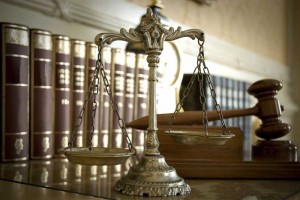 Representative Kelly Townsend is pushing to not allow pregnant patients consumption of medical marijuana. In her defense, a lot of available researches have found that use of marijuana during pregnancy presents negative effects on the fetus. According to her, there is an undeniable harmful effect from marijuana to the baby. Exposure to the substance may mean loss of the child. Upon giving birth, the mother and the child will be subjected to a blood test and if positive, the woman risks losing her child to the Department of Child Safety. Rep. Kelly says that consumption of marijuana during pregnancy constitutes to child abuse.

On the other hand, Representative Jay lawrence pushes to remove the naturopaths and homeopaths from being allow to recommend medical marijuana. According to him naturopathic and osteopathic doctors are just in the business to make money. He says that it is a money-making scheme for the said doctors of medicine that they will go as far as writing a recommendation for patients who just don’t feel well. At present, naturopaths are the doctors who certify the vast majority of medical marijuana patients in Arizona.

Chris Lindsey, an attorney with the Medical Marijuana Project says that the changes would mean decreased access for patients. Another lawyer, Attorney Ryan Hurley, contends the changes are a violation of the Voter Protection Act which prevents lawmakers from changing anything approved from ballot voting.

Among the two changes though, Representative Kelly Townsend has more of a fighting chance at approval compared to rep. Lawrence.